A Country Girl At Heart

Last summer, my great-niece, Wyllow, had her very first visit to a farm.   She was not quite nine years old and had always loved animals so to see a lot of them in one place was going to be something special.   On a calm, sunny day she and her mum drove out of the big city and set off into the country backblocks where our farm is.   That in itself was an experience.

The first animal to appear was Gord, a thoroughbred horse which my daughter rides in competitions.   For a small girl he would seem quite big but Wyllow had no fear of him when he sniffed her hand looking for a carrot.   Maybe one day when she is older she might be able to have a ride on him. 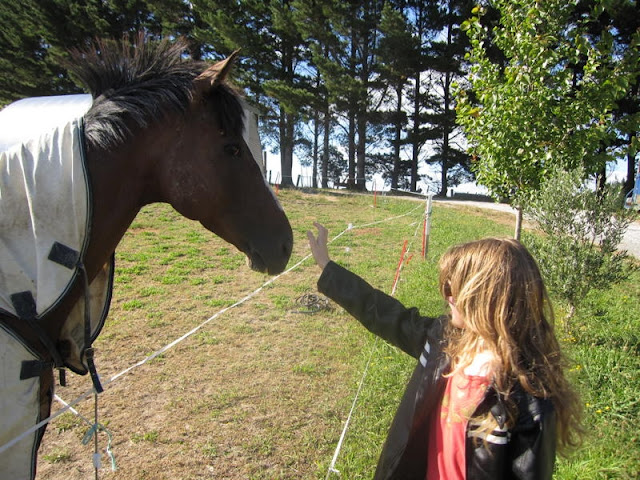 After having something to eat and drink we all went over to the covered yards on the farm where Wyllow met some very small cattle called Miniature Herefords.   This was really exciting for her.   A calf called Paddy had a halter put on him.   He was then tied up so Wyllow could groom him to make his coat cleaner.   He wasn't quite sure of this strange person but enjoyed being brushed under his chin with Wyllow kneeling on the floor beside him because he was so small.   She didn't seem to mind the dirt on the floor either - a true country kid! 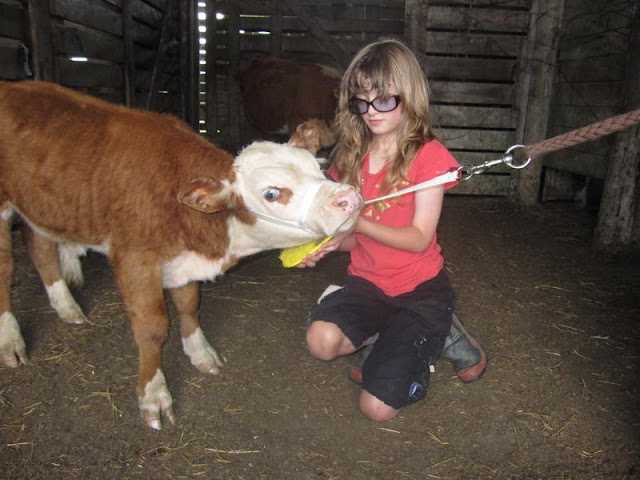 After getting him tidy it was time to go for a walk.   Wyllow was a quick learner and you can see how she is holding the lead properly and walking by his shoulder.   You have to be careful not to wind the lead around your hand in case the calf takes fright and tries to run away.   Your hand could get caught in the loop and you might be hurt.   Wyllow is holding the lead folded in her hand so it will pull free easily. 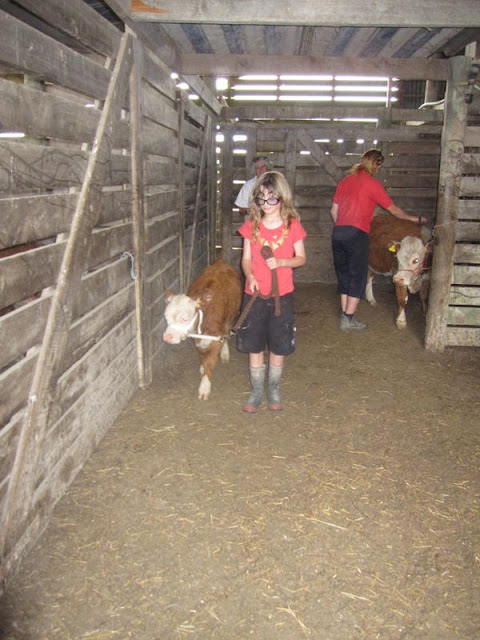 The two of them headed for the next pen where they followed Paddy's mother, Patsy and went right around the inside yards and back to the first pen walking nicely together.   Then it was time for Paddy to be tied up again and given another brushing before taking his halter off.   It was the first time Wyllow had done anything like this but she was as good as any other child who had been to Calf Club competitions.   Perhaps next year she can lead a calf at a Show and maybe even win some rosettes or ribbons to hang on her wall. 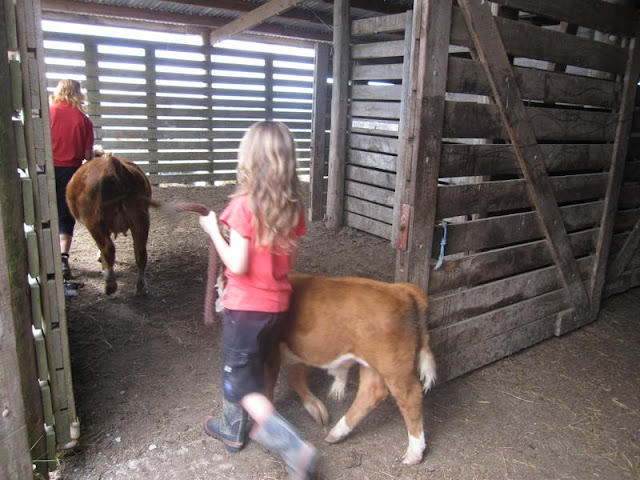 Miniature Herefords are ideal animals for children to start learning how to handle cattle and in America you can see even very little children competing in the show ring.   They have the wonderful calm temperament of the big Herefords, learn quickly and seem to enjoy the company of those working with them.   It would be great to see more of them out and about with young people.
Posted by Riverlets at 12:18 PM