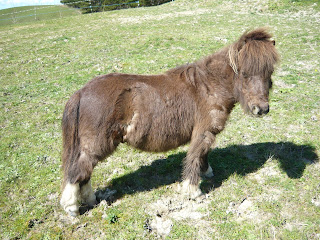 Having joined the Kaipara Equine Driving Club and been offered the use of some harness-trained wee horses  I started looking for driving gear.  Trade-Me was an obvious site to look into and what a lot of Miniature Horses were available but no really suitable carts.   It took a couple of months of searching then up came not just cart and harness but the cutest wee horse to go with them - C.J., short for Cracker Jack.   He was also trained as a riding horse for little people so a contact was made with the seller.   I wasn't the only one after him but I was the lucky one!   On a quite nice winter day C.J. arrived in a large horse transport truck - the smallest and shaggiest equine I had ever seen with a personality as big as himself.   After a brief examination ﻿ ﻿﻿﻿﻿﻿﻿of his new home he calmly settled in. 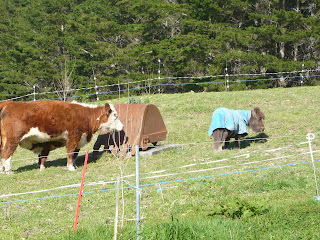 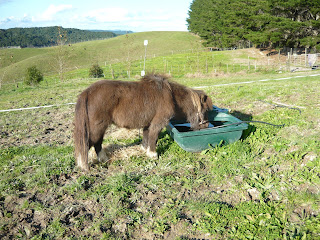 
It wasn't long before word got around our friends about the new little fellow and the phone started ringing with requests to come and see him.   He was not in the least bit fazed by all this attention so his fan club grew.   I discovered just how good he was to handle and how safe he was with younger children eager to pat him, pick up a brush and groom him and generally make a fuss of him.   C.J. wasn't on his own.   One of our big eventing horses was paddocked nearby with an injured leg so the two of them became acquainted and were very happy together.   Gourd is twice the size of C.J. but that was no problem for them.   Eventually we would go for "ride/drives" along the road or out on the farm with the two four-legged friends striding out together.   On occasions he had the paddock company of my Miniature Herefords which are actually BIGGER than him. 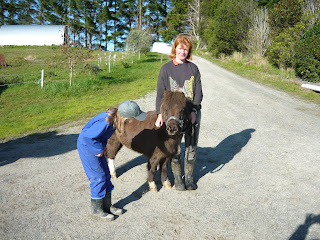 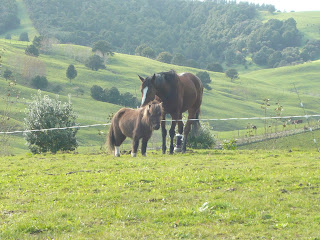 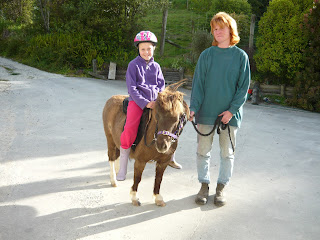 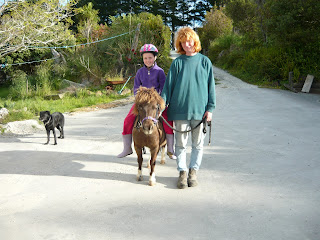 
I hadn't bought C.J. as a whim, a fashionable accessory or just a pet.   With a damaged back I could no longer ride but this was not going to stop my life-long involvement with horses so there was a definite purpose for this little guy.   Our first Rally with the Driving Club proved just how well-trained C.J. was.   Obedient to the lightest touch on the reins or voice he is a joy to drive.   I don't really need the whip - a slight tap with it on his harness to speed him up at times is all that is necessary.   It was years since I had last driven regularly but it all came back despite the rust!   C.J. is possibly the most dependable horse I have worked with so I decided I should try and trace the person who had trained him so well. 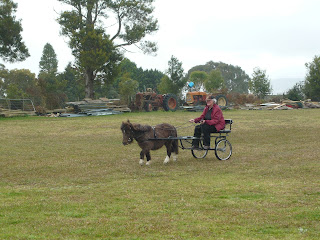 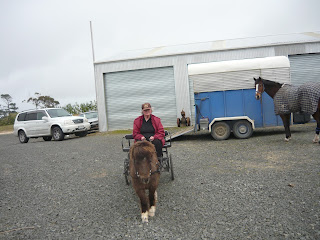 
Once C.J. and I were comfortable with each other we decided to have more fun.   Games Day was coming up with our Driving Club and it was soon obvious that not only did he know what to do he enjoyed doing it.   Then it was on to something a bit more serious - the annual One Day Event.   C.J. didn't put a foot wrong but his driver was a different matter!   First of all I learned the Dressage Test incorrectly and even though C.J. obeyed every move they were not all the right ones.   Then, I missed a couple of obstacles on the Cross-Country Course which dropped our marks but he came home on the last leg at a brisk canter.   Finally, even though I had carefully walked the Cones Course (equivalent of showjumping), I managed to drive him through one set the wrong way round - he actually did a clear round without dislodging any of the golf balls perched on the cones so I apologised to him for my lack of co-operation. 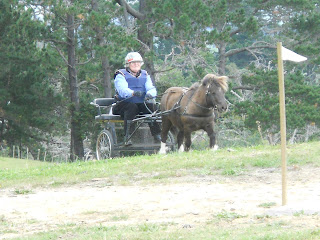 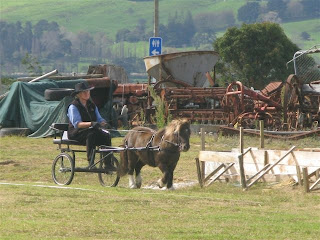 This little guy and I are going places.   Our Driving Club has a great variety of activities and the next one on the list is a farm trek with lunch at picturesque tourist lakes on the way.   In the meantime it is a marvellous way for me to get out on our farm at our own pace, check on the stock and do some more exploring.

Posted by Riverlets at 11:53 AM No comments:

Up There From Down Here - Christmas 2011

The festive season approaches with us sweltering in the sizzling summer and you snug in your winter woollies.  The traditional dinner here includes roast lamb, kumara and potatoes plus ham and salads finished off with pavlova, fruit and cream and lots of other fattening goodies!   A good family-get-together time. 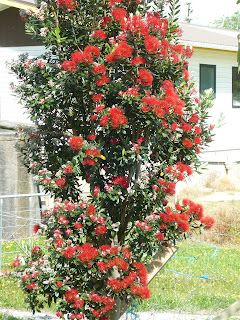 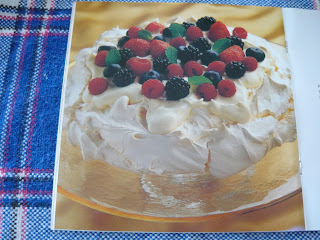 Some of us decorate what we call the New Zealand Christmas tree rather than the usual fir.   A native tree, the pohutukawa is a mass of bright red blossoms at this time of the year.   Beaches and barbecues beckon and school is out for about six weeks.   Silage and baleage are almost finished with haymaking just around the corner. 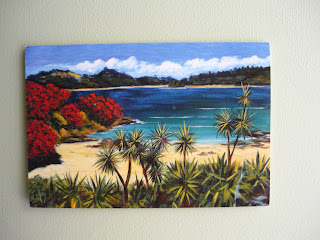 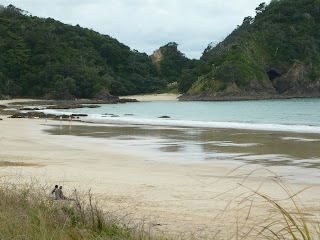 Photo of a secluded Northland eastern beach.                    Painting of a Northland beach.
The Miniature Herefords are glossy and fat in their summer coats with Spring born calves growing well.   The bulls went into their respective mating herds in October and will be taken out in January with hopefully everything in calf. 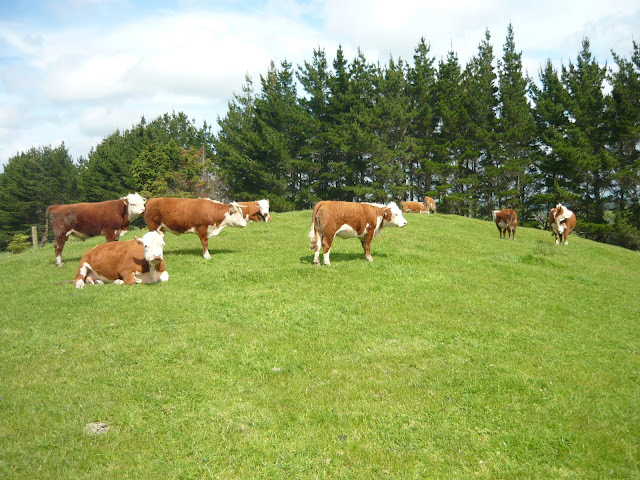 Miniature Hereford cows with the Herd Sire
We can now let you know the Virtual Cattle Show for Miniature Herefords will be taking place again with entries closing on 31 May, 2012 so get busy with your cameras if you haven’t already.   There are some slight changes to the programme which you will be able to see on the Australian Miniature Hereford Breeders Network website www.amhbn.com .    Entry form and Frame Score recording will also be included.   This time, at the request of one of the Judges, we are asking for three photos of each animal – one from the front, one side on and one from the rear.   Read the Photo tips for taking front-on photos.   We are also changing the Viewers’ Choice to be a choice from classes 1 to 9 only, not an extra photo.   This gives us a better idea of how people see the different entries.   Again it will be a ballot box judging.   It is hoped all previous competitors along with new ones will join in and we are endeavouring to find out where else in the world there are mini breeders.   If anyone knows of some please contact me at riverlands27@ubernet.co.nz . 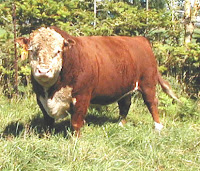